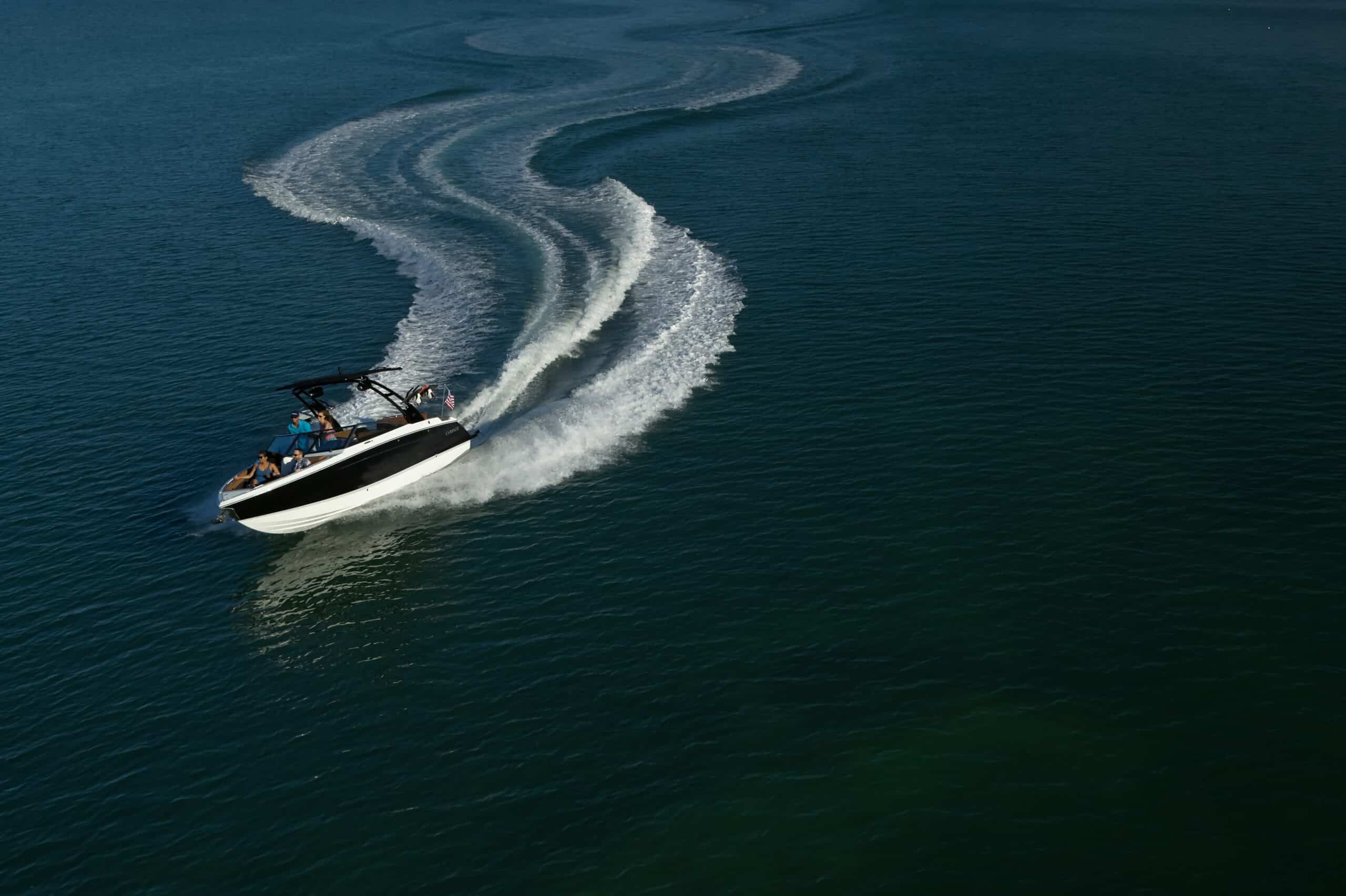 Do You Need A Boat With More Horsepower or Torque?

The difference between torque and horsepower can be a bit confusing and it’s a question our customers frequently ask us.

TORQUE is a measure of how much force acting on an object causes that object to rotate. Torque is a measurement of energy and isn’t impacted by time. In regard to boating, torque represents power in engines or the amount of work that can be done. Boats with more torque mean less time getting up to speed.

If you’re looking to tow a skier or tuber behind your boat then torque is the amount of force it will take to lift someone out of the water without dragging them. HORSEPOWER is another measurement of power. Horsepower is power measured over time, which is what makes it different from torque.

While torque is the amount of power an engine can exert, horsepower is the “speed” at which that work can be accomplished. Horsepower is important because if you’d like to be able to do water sports behind your towboat, you’ll need an engine with a lot of horsepower to pull your favorite skier, wakeboarder, or surfer all day long (duration).

Remember that the amount of torque the engine has will depend on how much you drag in the water, horsepower is what keeps you out on the water all day long.

For boaters who want horsepower, but don’t need torque, there are plenty of options for you.

Here’s an example, a pontoon with a 250 HP engine will have the speed you’re looking for without unnecessary torque. On the other hand, a slow-moving tugboat will have a ton of torque to tow heavy objects, but they aren’t exactly the fastest boats on the water. 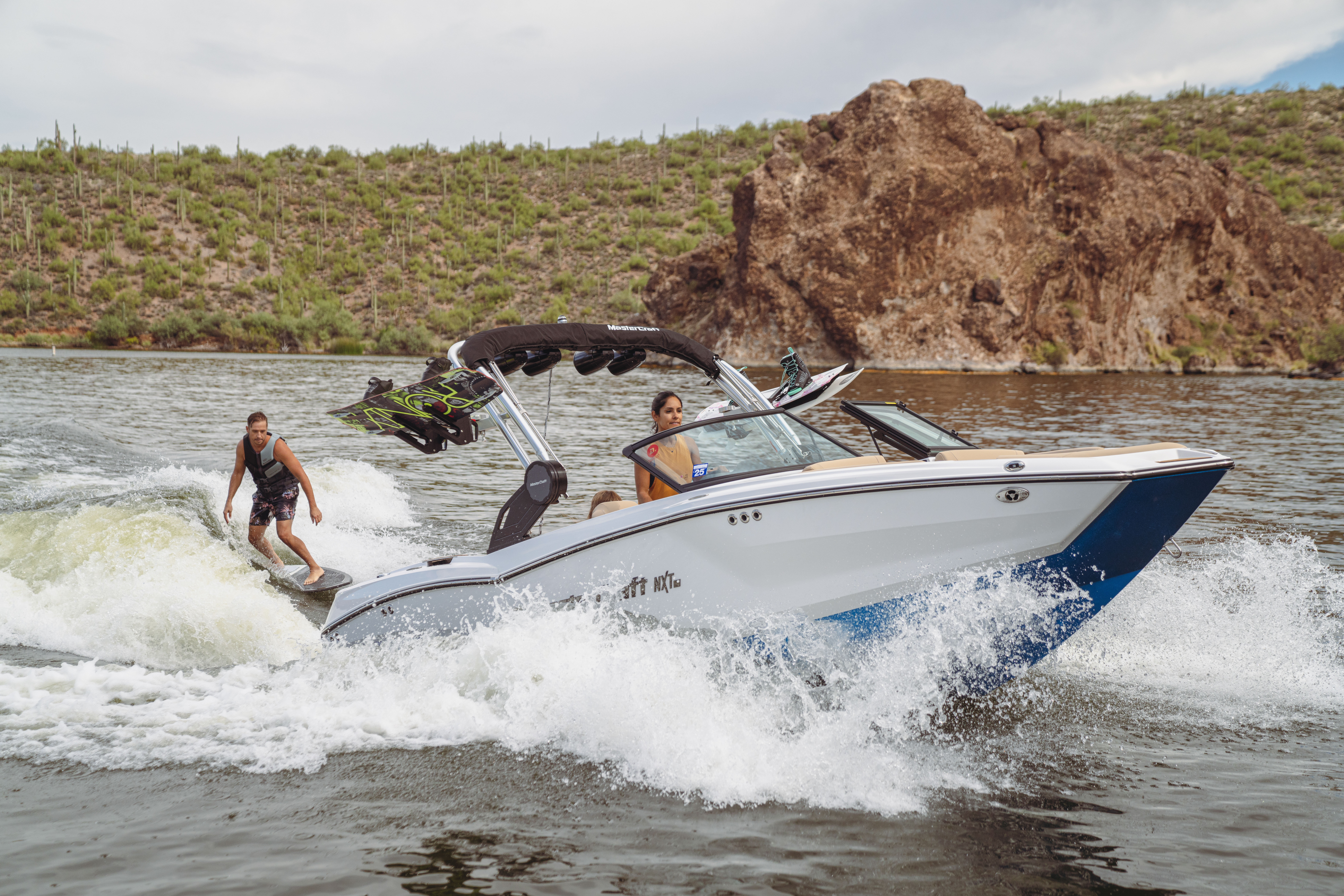 Which Type of Marine Engine Has More Horsepower and Torque?

Torque = Horsepower x 5252/RPM (rotations per minute) and by following this formula you can see how a 50 HP outboard engine behind a pontoon is going to have far less torque than the 380 HP Ilmor marine performance engine seen in a MasterCraft XStar.

Going back to our previous example, the MasterCraft XStar would be a perfect fit for someone looking to do water sports due to its high amount of torque and horsepower.

While the 50 HP outboard engine is the perfect engine for those looking for a relaxing cruise behind the wheel of a pontoon. For more information about which engine might be best for you click here. 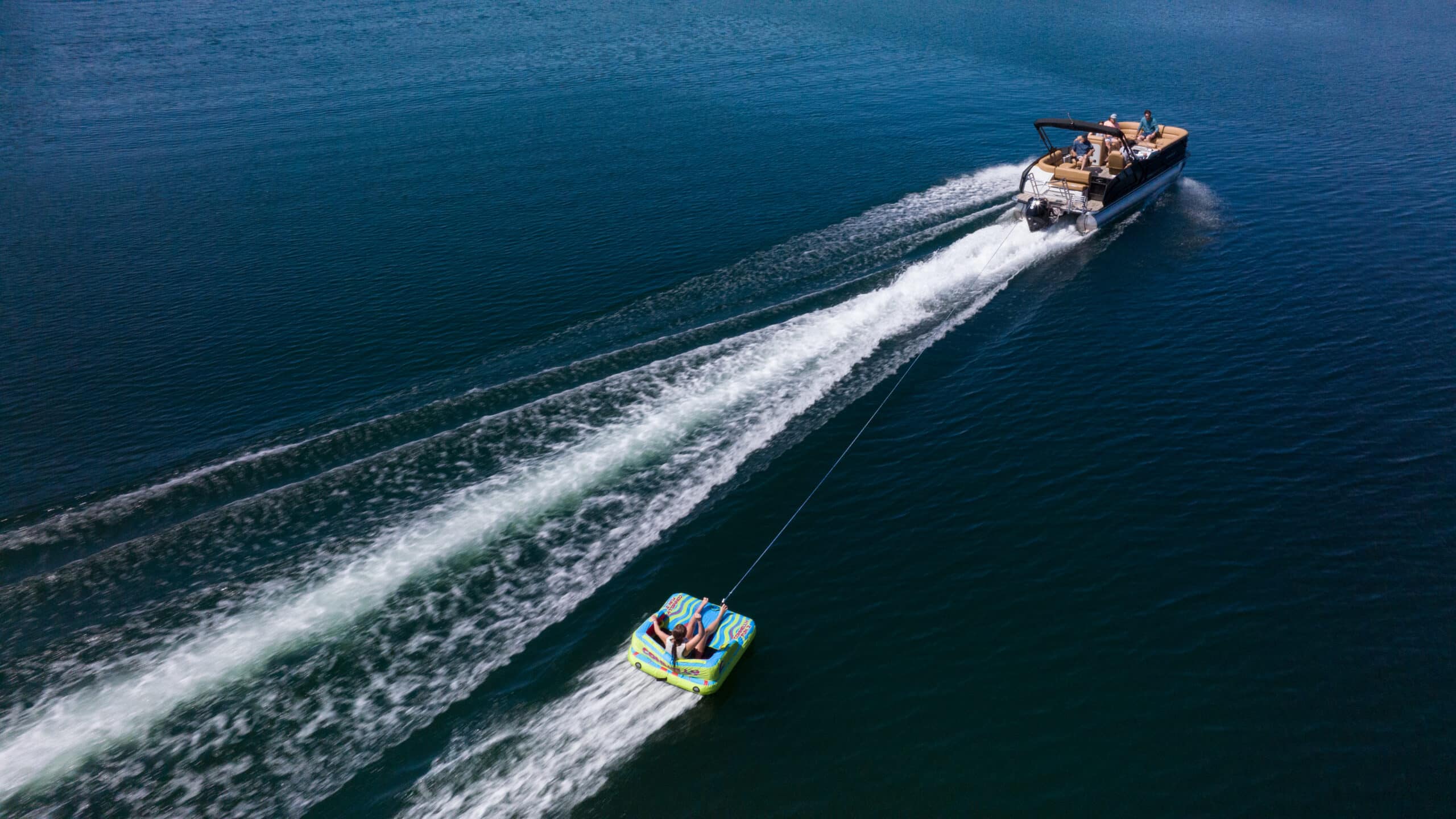 Maintain Your Marine Engine for Maximum Horsepower and Torque

Much like car engines, marine engines require general maintenance in order to operate at their peak performance. In order to get the maximum torque and horsepower out of your engine, it’s important to do the following: 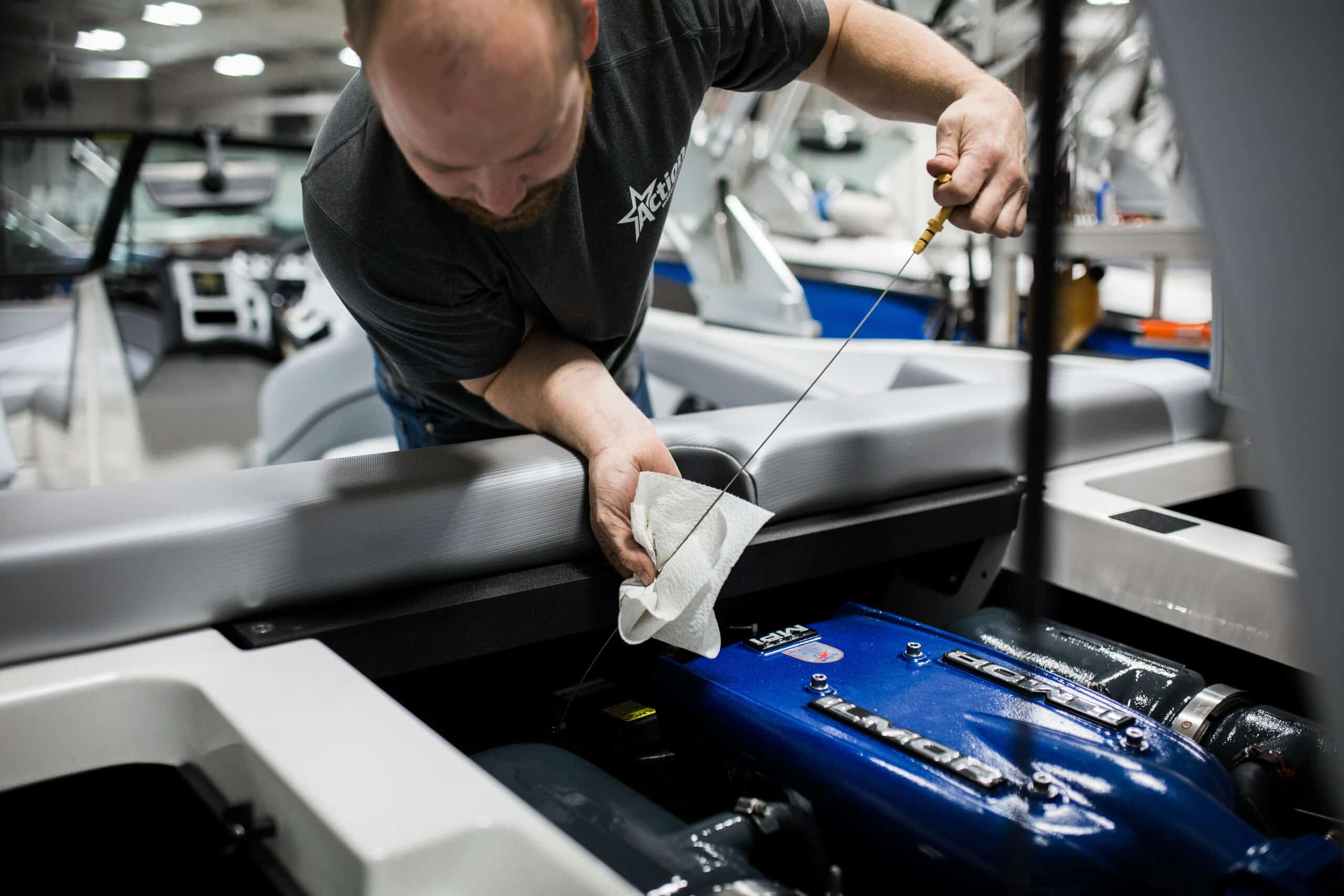 Thank you for sharing the water with us!

If you have any more questions about the differences between torque and horsepower, or just boating questions in general, feel free to contact your local Action Water Sports.

© 2023 Action Water Sports. Action Water Sports strives to post content, pricing, and images on this website with as much accuracy as possible. Despite our efforts, errors resulting from typos, inaccurate information or technical mistakes may occasionally occur. We are not responsible for any such errors and reserve the right to correct them at any time. Stock photos may not represent the actual unit in stock.